Chris Sorensen is a Man with a Plan

Canadian show jumper Chris Sorensen talks about the big business of horses in Europe and how it can help improve equestrian sport in this country. On a damp, chilly winter evening in the Netherlands, Chris Sorensen stands in the middle of an indoor arena, hands behind his back, sporting a Canadian flag beanie.

“One rhythm. Looking where you want to go,” he instructs a teenage customer guiding a chestnut around a course. “Very good! Pat him!” he says enthusiastically.

Confident, firm, and encouraging, Sorensen demonstrates his years of coaching and his talent for horse-and-rider matchmaking as he escorts customers around Europe in search of the perfect mount. “I try to look from all angles – the rider’s, the horse’s, European, North American, the program the horse is going into and what it’s capable of – so that the horse has the best chance to succeed and the rider has the best chance to be happy,” he explains of his carefully-honed pairing skills.

Queen’s-educated and goal-oriented, Sorensen clearly considered his move to Europe from all angles as well. In 2016, he left his training business in Caledon, ON, and Wellington, FL, and relocated along with wife Whitney and two dachshunds to Maastricht, NED. The Sorensen Stables horses are housed 70 km north in Eindhoven. Being in Europe allows Sorensen to seamlessly blend his personal competition goals with his horse brokering business while developing a string of young horses. “Europe allows us access to the horses we need on a daily basis. Those horses go very quickly; everyone in the world is looking for them. And being able to make a living buying and selling them allows us the time to develop our up-and-coming horses at a cost point where it’s effective to have a group of youngsters and let the best ones come to the top for the future,” he says.

In less than two years, Sorensen has assembled a promising group of eight-year-olds that he campaigned on the Sunshine Tour in Spain earlier this year to give them exposure to “grass courses and impressive jumps, because Spruce Meadows is such an important part of Canada’s selection process.” Sorensen aims to have some horses from this promising string ready for the 2020 Olympics.

Deeply passionate about equestrian sport, Sorensen is determined to make a difference in the industry. In addition to his other endeavours, Sorensen volunteers as an Equestrian Canada board member. “I think there’s a huge opportunity in our sport in Canada and I’d like to be part of that,” he says.

True to his Canadian roots, Sorensen feels the equestrian industry in Canada needs to find its own identity, separate from the American customer-based system that Canadians have largely adopted and which isn’t always the best fit for Canadian culture. It can be challenging for Canadian riders to secure sponsorship for expensive horses year-in and year-out, but Sorensen suggests access to more money is not the complete answer.

“Rather than thinking money is always the problem, we need to look for a solution on how to create a model that produces these conveyor belts of young horses that Europe is so good at creating. Whether it’s working with our breeders to provide the young horses, and the horse shows to lower the costs for young horse classes, we need to find a hybrid of the European and American system, take the best from both worlds, and build a truly, uniquely Canadian system – a system that has horses constantly coming up for our riders.”

After experiencing the industry in Europe for two years, Sorensen feels Canada can draw from the European model. He points out that because of the high cost of developing young horses in North America, Canadian riders often have to bet on one horse and hope it works out for a long time. If that horse is injured or sold or isn’t up to the job, riders are out of a horse. With European competition costs low – from €15 per horse at a local show to €350 at an international three-star – European riders can bring along a whole string of young horses. This ensures they always have a horse to step up if they lose their top mount.

In addition to lower costs, European riders have many more competitions of varying levels available, from local to international. Sorensen believes exposing the horses to so many different venues “keeps them fresh so they don’t get bored and start to get casual about their job,” and thus improves the overall training process.

The strictly-regulated breeding programs also play a big role in the success of the European model, the goal of which is “to breed the best and sell the rest.” Europeans also breed thousands more sport horses than on this continent, so there is always a large pool of young talent available. North Americans, on the other hand, “tend to breed the horses who have retired due to injury or lack of talent,” notes Sorensen.

Ultimately, Sorensen would like to see the sport in Canada grow to a point where all talented Canadian riders are well-mounted, with opportunities to succeed at the highest level. His words of wisdom to young, talented, and ambitious Canadian riders? “Buy the best horse you can afford; even if you have to buy it younger, put the work in and get there.”

Meanwhile, Sorensen is living his own advice, scouting Europe for promising mounts, putting the work in with his young horses, and keeping his sights on the 2020 Olympics. Renowned Swiss father and son show jumpers talk about the exceptional Clooney, competing, and the evolution of the sport. 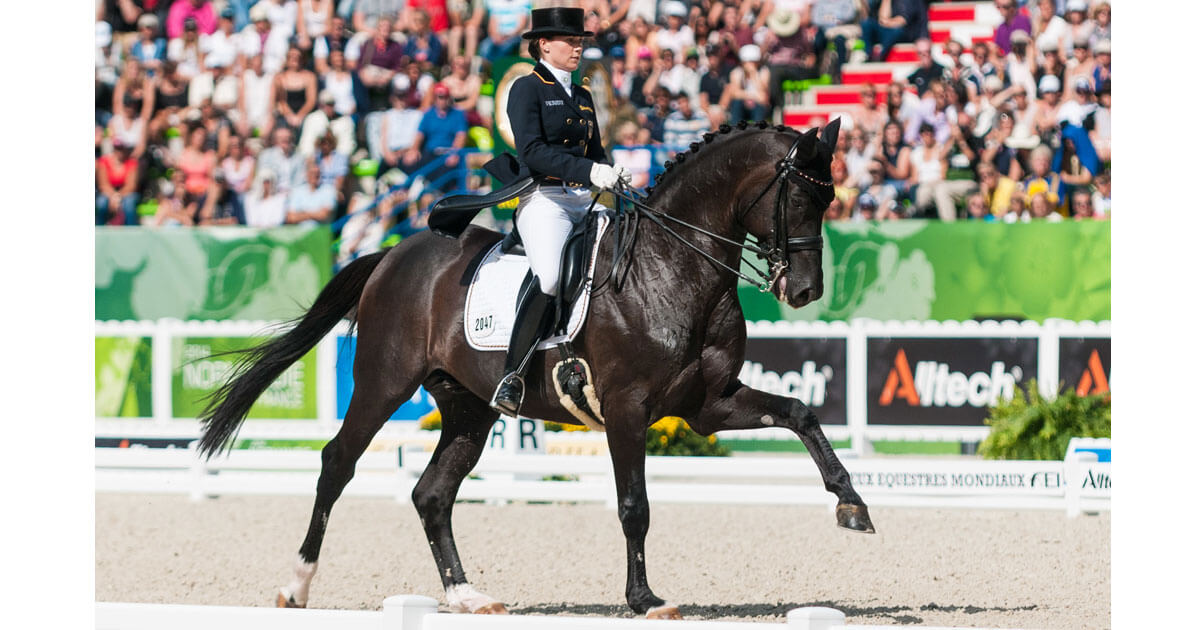