There were tears and cheers as the German ruled the ring with high scores, an Olympic GPS record and an unbeatable Freestyle.
By: Louise Parkes/FEI After drawing into the Individual Final in Tokyo after a US rider withdrew their horse, Fraser-Beaulieu breaks Ashley Holzer's 2008 record.
By: EC Communications Germany Tops the Podium in Dressage Team Final in Tokyo 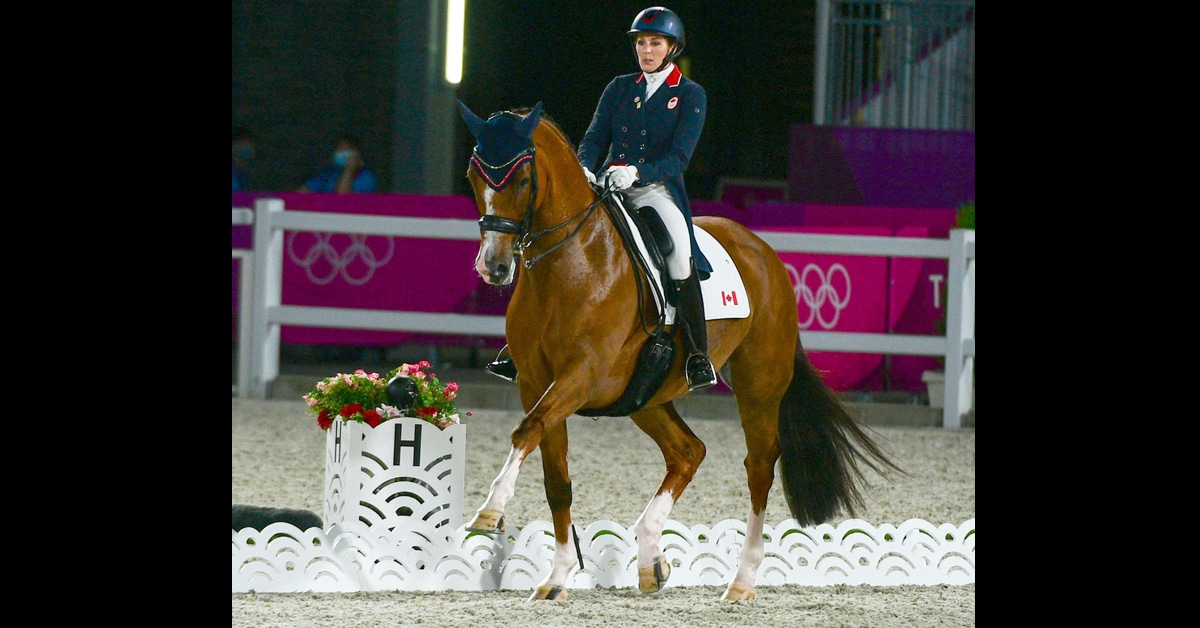 Dressage Day 2: No Surprises as Germany Rises to the Top

Canada misses the cut for the Team and Individual Finals; Brittany Fraser-Beaulieu and All In log best score for the team.
By: Horse Sport staff Two great rides on Sunday from Dorothee Schneider with Showtime and Isabell Werth with Bella Rose secured the pole position.
By: Louise Parkes/FEI A total of 70 horses were presented, with two held over for re-inspection tomorrow morning, when competition starts with the Grand Prix.
By: Louise Parkes/FEI The team of Brittany Fraser-Beaulieu, Lindsay Kellock and Chris von Martels, with alternate Naima Moreira Laliberté, are ready to roll.
By: EC Communications
Page 1 of 2212345Next ›Last »
Latest News