Andrew Kocher Suspected of Using Shock Spurs on His Horses

An article published on a French website shows images from a number of shows, including Spruce Meadows, where the American appears to be holding a device. A photo taken at the 2019 Royal apparently showing a device in Kocher's right hand while he rides Cat Ninja. (Jump Media photo)

US show jumper Andy Kocher is under investigation for allegedly using electric shock devices on his horses, according to leading European equestrian news organisation Grand Prix.

An article published in French on the Grand Prix website shows close-ups from a number of professionally-taken photographs where Kocher appears to be holding a device between the reins.

Grand Prix says it started scrutinizing photographs of Kocher, 37, after being contacted by a whistleblower. The photographs, one of which was taken at Spruce Meadows in 2018, variously shows a black object peeking out from Kocher’s black gloves, a wire running up into his sleeve, and a protuberance over the rider’s knee under his riding breeches, which Grand Prix believes is the wire working its way down the rider’s leg for eventual connection with the spurs. (Horse Sport also found a similar looking device in his hand in the above photo taken at the 2019 Royal Horse Show in Toronto.)

The photographs, all dating from 2018, show Flying Dachshund during a supporting class at the Nations Cup final CSIO 5 * in Barcelona, Spain; Ciana in a 1.40m test in the CSI 5 * of Basel, Switzerland; Kahlua in a 1.50m meeting at the CSI 3 * in Wellington; and Blaze of Glory II and Virginia WZ at the June CSI 5 * in Calgary.

Grand Prix reports that it phoned him and he cut the call short after pointing out his support of various welfare organizations and his lifetime with horses. He then wrote to Grand Prix and stated he was the victim of someone wishing to harm his reputation, and who might manipulate photos. However, Grand Prix points out that the photos all came directly from trustworthy agencies Sportfot and Scoopdyga.

Grand Prix says that USEF and FEI have confirmed they are aware of the situation and are in contact with each other about it. An FEI spokesperson replied to Horse Sport’s request for comment with, “The FEI is aware of these allegations and is looking into the matter. We are already in touch with the athlete’s National Federation.”

Kocher has previously been under fire for riding an exhausted Carollo in the gruelling Sun Life Financial Derby the day after the same horse competed in and won the Queen Elizabeth II Cup at Spruce Meadows in 2019, but although the FEI confirmed it was looking into complaints, its conclusions were never published. 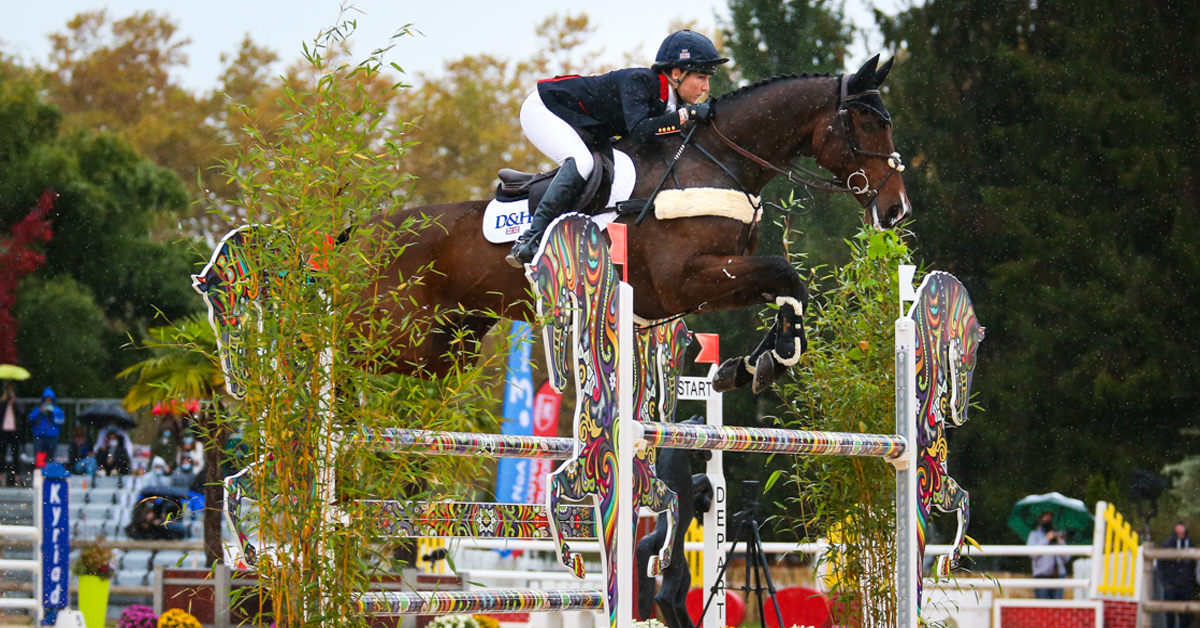