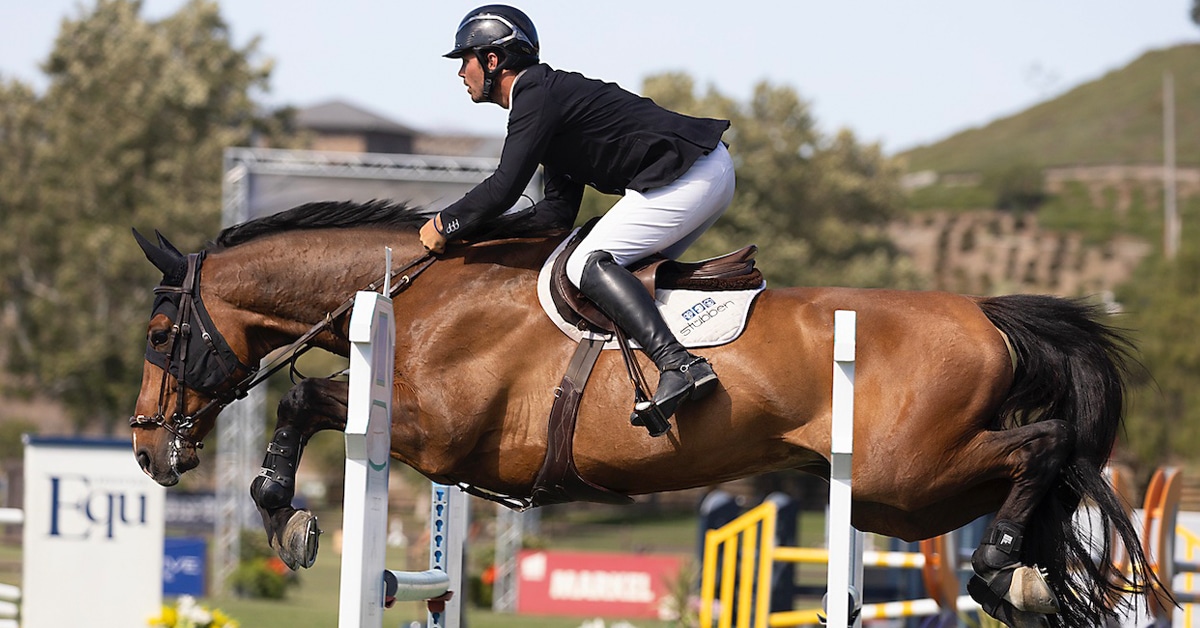 Nicole Haunert (USA) and Calgary IV emerge victorious in the $25,000 class during the Blenheim June Classic I in California.
By: Horse Sport staff The Olympian was picked up at his home in Oregon City, OR, after a year-long investigation involving a 17-year-old student.
By: Horse Sport staff The Quebec-based 2018 Canadian Breeder of the Year Estelle Motta will have the 11-year-old standing at stud and competing in the Small Tour.
By: Horse Sport staff Keean White brings us up-to-date with the latest news from the two Ontario venues where the show season is set to begin on June 14th.
By: Horse Sport staff You can #RIDEFORTHECAUSE and Help Kids by Raising Funds Springtime means foals, and foals are guaranteed to make us laugh as they try to get their sea legs and have pasture zoomies.
By: Horse Sport staff
Page 1 of 1312345Next ›Last »
Latest News