What are your legal rights regarding leaving a stable, breaking a horse lease, or switching trainers? Keep reading to find out. 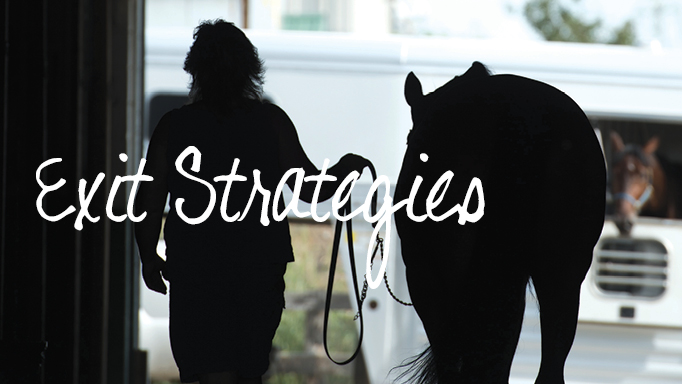 It was a wonderful relationship while it lasted. Now it’s time to leave. But what are your legal rights regarding leaving a stable, breaking a horse lease, or switching trainers?

A stable’s primary obligation is to provide your horse with a reasonable standard of care, which is considered to be that which an ordinary and reasonable person would take toward the care of their own horse. Your primary obligation when boarding your horse at a stable is to pay the stable’s boarding fee. Your failure or refusal to pay this fee will likely result in the stable placing a statutory lien on your horse pursuant to the Innkeepers Act.

In addition to paying your boarding fees, many stables will likely require you to have liability insurance for yourself and may require extended coverage to the stable. Some stables may even have their own list of rules and regulations that place additional obligations on you as the horse owner.

A written agreement between you and the stable will make the terms of the boarding arrangement clear, or at the very least, less likely to be misunderstood. A boarding agreement will help keep the relationship with you and your stable on good terms because each party will know what is expected of the other. More importantly, it will enshrine your rights and inform you of your legal obligations.

A written boarding agreement will normally indicate that you must provide the stable operator with one month’s written notice to terminate the agreement. In other words, if you are planning on leaving on October 1st, you should provide the stable operator with a written note or email informing them of your departure on or before September 1st. Most agreements will not obligate you to continue to board your horse at that stable for the full month. You would be welcome to remove your horse as soon as you give notice; however, you will still be required to pay that last month’s board, whether your horse is at the stable or not. Some stable operators request first and last month’s board up front for this very reason.

If you have no written boarding agreement with the stable operator, it is customary to provide one month of written notice to leave a stable. You are not obligated to do so, but if you simply leave with your horse without providing any notice of termination to your stable operator, he or she may be able to argue successfully that it was an “implied condition” of your unwritten boarding agreement that you would provide written notice of termination of 30 days. (If it is the accepted norm in the industry, it could be considered an unspoken or implied condition of the boarding agreement.) I emphasize the word “may” because whether or not you would be stuck paying board would very much be dependent on the facts of your individual situation.

Remember my mantra: PUT IT IN WRITING!!!

If you are leasing a horse, the terms of that lease should be set out simply and clearly in writing and agreed by both parties, either by signature or email acknowledgment. That lease agreement will include a termination date for the lease. Leases are often for six months, one year, or even two years.

The lessee of the horse will be required to pay for the horse for the full term of the lease. This is just like a rental apartment: if you rent an apartment for a year, you must pay for that apartment for the year whether or not you are living in it. The lease of a horse is no different.

For a lessee, a good idea is to insert an early termination clause into the lease agreement. It could indicate that the lease will terminate early if the horse becomes unsound, is found unsuitable for the purpose for which it was leased, or other reasons. This gives a lessee an early exit opportunity for specific reasons listed in the lease.

If you do not have a written lease agreement, it depends on what the parties understood at the time the lease was made. Was the lease a month-to-month lease that permits you to terminate on providing one month’s written notice? Was the lease for a full year? In my legal practice, in situations where there is no written lease, I see cases in which the lessee, after a couple of years of leasing the horse, believes that he or she owns the horse. The original owner of the horse will call me to ask for my assistance to obtain the return of a horse which the lessee now considers his own.

Where there is no express term for early exit in a written lease agreement, the lessee may be able to extricate himself from it if he can point to something that is a fundamental breach of the agreement. For example, if the horse being leased is represented as a 1.30-metre jumper and the horse received is not capable of performing at that level, this may allow you to terminate the agreement even without an early exit clause.

Simple Answer: With a written lease agreement, you must continue to pay lease payments for the full term of the lease unless you can take advantage of an early exit clause. Without a written agreement, it will be very difficult to decide when it ends, as often the lessor and lessee will not agree on the terms. This is especially true in a situation of conflict.

It is unusual to have a written agreement with a trainer or horse professional for services rendered except as part of a boarding agreement. Your relationship with the trainer would terminate when you leave the stable and join the new stable with the new trainer. If your trainer is freelance and not tied to your stable, you can terminate that trainer’s services at any time – subject to any written agreements you may have with that trainer.

Simple Answer: I hope you are beginning to see a pattern. When you enter into a business relationship in the horse world, consider how to get out of it, agree on those terms at the beginning of the relationship, and set out those terms clearly in the written contract. Without paper and with the conflict that precipitates the goodbye, it can be very difficult to terminate a relationship without somebody getting hurt.

You know it’s time to move on when:

Note that before you make any sudden decisions, take the time to quietly express your concerns with the person(s) involved. Try to keep emotions out of the conversation. Sometimes it comes down to a simple lack of communication – often people are unaware that there is a problem in the first place and will be keen to remedy it. You may be able to salvage the relationship and avoid burning bridges in a relatively small community, or at least part on good terms.