Whitaker Delivers a Masterclass in Liverpool

Michael Whitaker delivered a performance of class and panache to give a bumper crowd British success as day two of the Equestrian.com 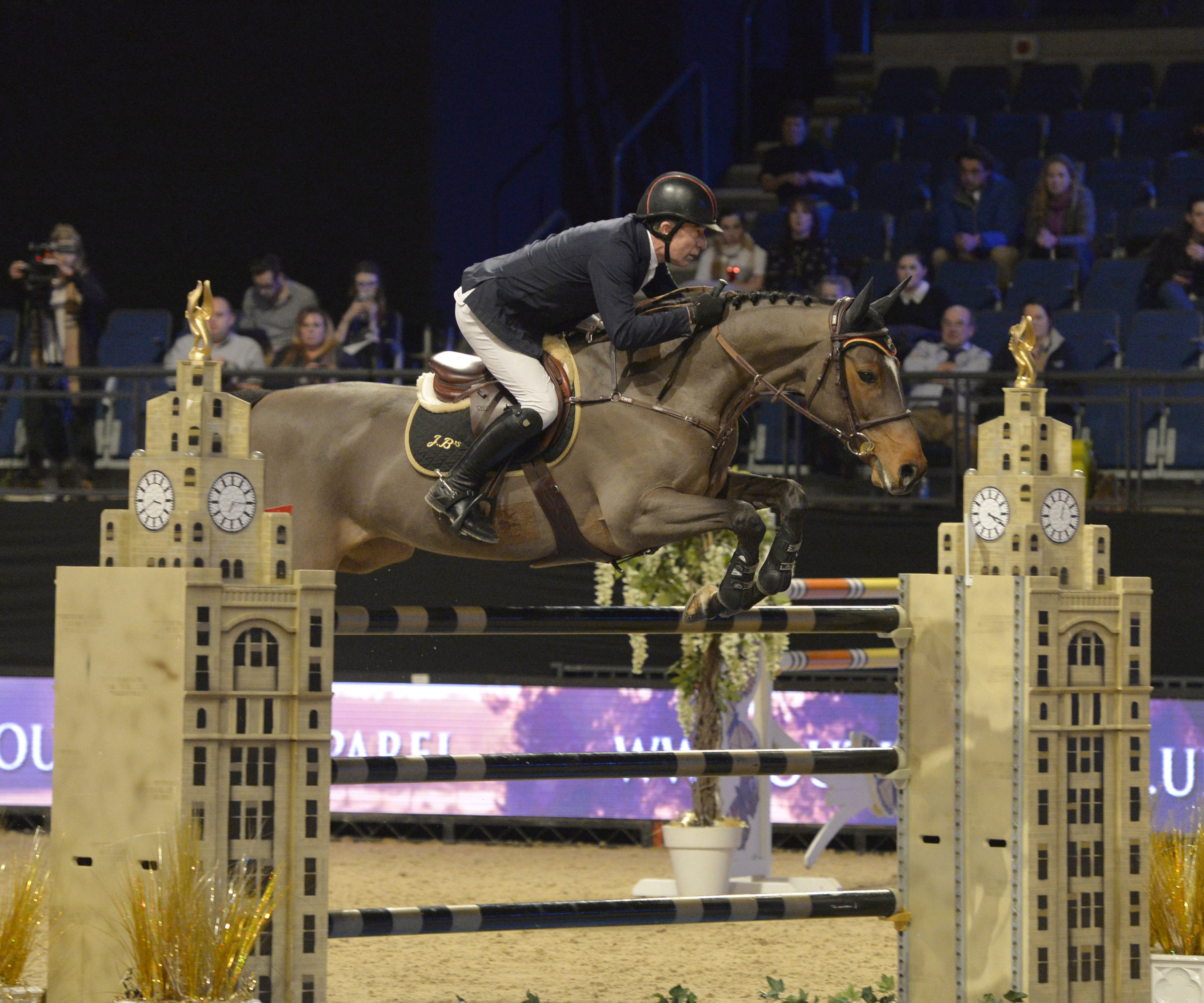 Michael Whitaker delivered a performance of class and panache to give a bumper crowd British success as day two of the Equestrian.com Liverpool International Horse Show ended in thrilling fashion.

Michael, winner of numerous major championship medals and part of the Great Britain team at last summer’s Rio Olympics, stormed to victory in the 1.50m jump-off class, sponsored by Outlanda, at the Echo Arena.

It was a masterful display by the Nottinghamshire-based rider on JB’s Hot Stuff, as he clocked 33.56 seconds to leave all rivals in his slipstream.

Reflecting on his victory, Michael said: “She jumped really good, and it all felt very comfortable for her. She did everything I asked, and she did it very well. There were no hassles – she was really on form.

“She did the business. The way she jumped in the first round, I thought we must be in with a shout. I put my foot down in the jump-off and took a few chances, and she really responded.

“She is a quick horse. She won a grand prix at Keysoe a couple of weeks ago, and I never got her out of a canter, really. She is quick across the ground.

“It was consistent all the way round, I just wanted to get a couple of key turns right in the jump-off, including the turn back to number nine, which I think I did.

“It is nice to win one. I have had a lean couple of weeks, but that was a real competitive jump-off, and I am delighted with the result.”

Luli Loveridge made the long journey from Dorset to Liverpool extremely worthwhile when she teamed up with Great Britain Nations Cup rider Guy Williams to win the ever-popular mini major class, sponsored by Didy Morgan.

Dressed as an elf, 12-year-old Luli rode brilliantly in the relay-style competition before Guy took the team home in a time of 54.44 seconds, more than a second clear of runners-up Ellie Burrell Squibb and William Funnell, with Grace Shudall-Hughes and Michael Kearins third.

“That was an amazing experience,” Luli said. “I loved every minute of it, and to be alongside Guy was just fantastic.”

Guy, meanwhile, settled a social media debate about whether his fancy dress outfit was that of a turkey or goose, adding: “I was definitely dressed as a turkey – it said so on the packet!”

Showjumping action in Liverpool across the next three days will be interspersed with performances that hold a wide family appeal, including music from the UK’s no 1 ABBA tribute band ‘Revival’, the Shetland Pony Grand National, world-class carriage driving, the Black Fire Girls and so much more.