The winner of the NZ League final next weekend may compete at the World Cup Final in Gothenburg, Sweden ‒ if it actually takes place. Taupo teen Annabel Francis has added another solid win to her tally with victory in the POLi Payments FEI World Cup Qualifier at the MetalForm Central and Southern Hawke’s Bay Showjumping Championships in Dannevirke this afternoon.

Ten lined up to be challenged by course designer Roger Laplanche in the last qualifier of New Zealand’s highest-ranking series, with the final next weekend in Auckland.

In the second round, only Annabel and La Quinara managed to leave everything up. “My plan was for a fast clear to put the pressure on the others and we did just that,” said 18-year-old Annabel. “She is so brave and has so much scope. I wasn’t sure I had done enough at the end of our round given there were three very good combinations to follow us.”

Earlier in the round Annabel had opted to retire aboard Carado GHP. “It just wasn’t his day.”
However, the day certainly belonged to the 12-year-old German-import La Quinara who also won the Haupouri Best First Year World Cup Horse. “I bought her three years ago when she was quite green, so she has really stepped up. More experience will just make her better.”

This is Annabel’s second World Cup qualifier win aboard La Quinara. “It is very special to win again. I love working hard and getting good results like this.”

Annabel will now talk to her trainer Jeff McVean before deciding on her plans for next week’s final. Her victory today topped off a great show for Annabel who also won the 1.4m yesterday aboard La Quinara.

Roger Laplanche’s course had ridden well but had a few lines that proved too challenging for some.
The winner of the New Zealand league, which culminates with the final next weekend, usually has the chance to represent the nation at the Longines FEI World Cup Final which is scheduled to be held March 31-April 5, 2021, in Gothenburg Sweden, but with a global pandemic whether it goes ahead or not is uncertain.

For full results, head to www.main-events.com 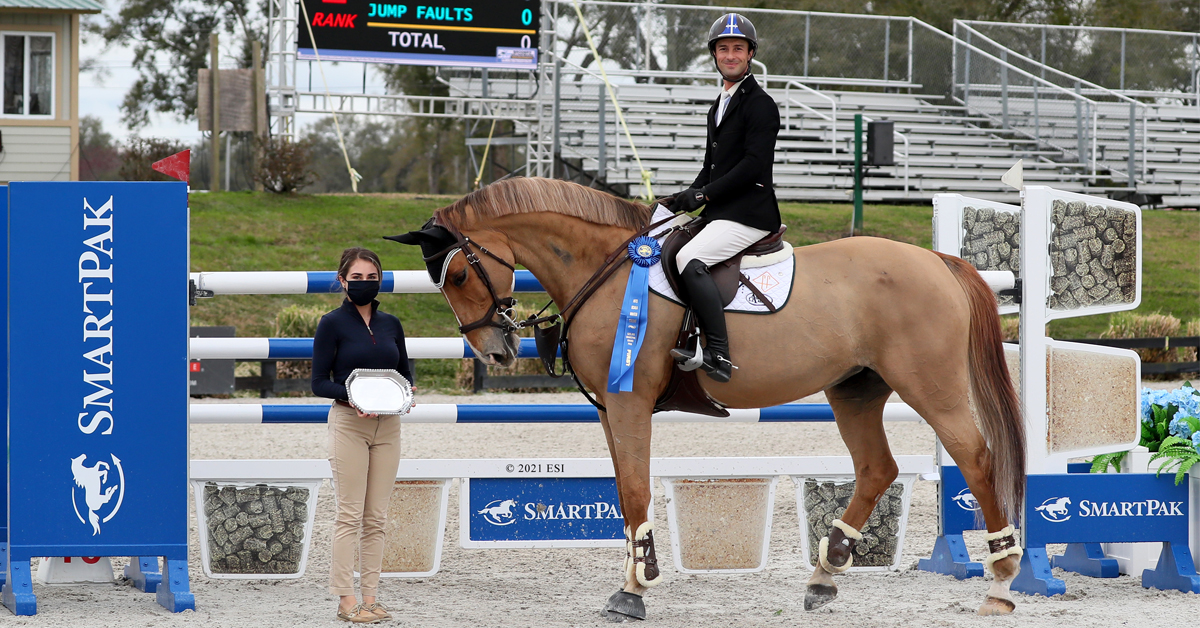