A grass-roots fundraising push is under way to save the cancelled event, led by show jumper Brian Murphy of Ireland. 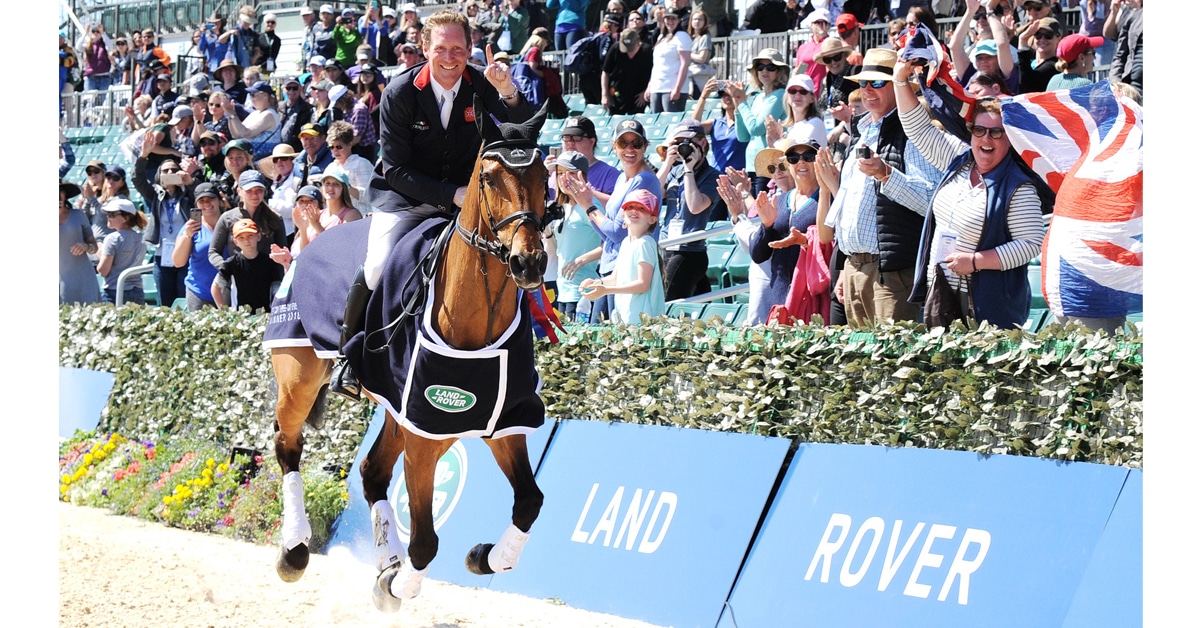 A last-ditch effort to revive the Land Rover Kentucky 5-star three-day event was launched in the wake of Tuesday’s announcement that the competition could not be held this year without spectators, who are banned under the U.S. Equestrian Federation’s Covid safety protocols.

Ticket sales are a key part of the 5-star’s budget, but Brian Murphy ‒ husband of eventer Sara Kozumplik Murphy ‒ thought there had to be another way to pay for a bare-bones event.

“I just said, `Why don’t I take the hornet’s nest and see what we can come up with?’ explained Brian, a native of Ireland who is a show jumper.

“I don’t know if I’ve done the right thing or the wrong thing, but I’d somehow like to be involved in saving it. I think there’s still hope. It’s better to try and fail than not try at all.

“Everyone would like to see it saved,” continued Brian, whose wife was among many who talked about competing in the 5-star this year.

“It’s the pinnacle of the sport in this country and to lose it would be a slippery slope,” Brian contended.

The event was called off last year in the midst of the pandemic, but he noted, “We’ve been able to run a lot of events and shows successfully in the meantime.”

A page on the Kentucky three-day event website asks for $750,000 in tax deductible donations to Equestrian Events Inc., which puts on the competition, in an attempt to determine whether the event can take place.

The response has been positive.

“It’s been a really good 24 hours,” Brian said this afternoon, noting that he had been talking back and forth with U.S. Eventing Association President Max Corcoran, who pitched in to get the funding opportunity started.

“We’ve had a lot of commitments from a lot of people. I think collectively, we can maybe have a chance; more of a chance than we had 24 hours ago,” Brian reported, while declining to say how much had been raised to that point.

Olympian Boyd Martin, who had been hoping to win the 5-star this year, observed cancellation was “a worldwide shock” but felt encouraged by news the fundraiser was happening.

“I can’t begin to say what a fantastic gesture this is,” he said.

“It shows how passionate people are to get this event going again.”

Lee Carter, executive director of EEI, said, “If we get to the $750,000, we will run the 5-star. We would continue to work on the remaining (amount) via other avenues” to cover the $1.5 million cost of presenting the 5-star.

Lee pointed out there isn’t any wiggle room in terms of time because so much would need to be done to organize the event. The dressage phase would start exactly 11 weeks from today. So far, he pointed out as an example, no officials have signed contracts, no airline tickets have been purchased and no hotel rooms reserved for them.

The possibility of running the event “wasn’t on our radar” until the last 24 hours or so, Lee said.
“We’re trying to be responsive to the community. We’ve had a lot of folks reach out…saddened by the decision not to run.”

When the 5-star was cancelled, the plan was to run other levels of eventing on the April 22-25 dates, including a 4-star short (originally scheduled to run concurrently with the 5-star) that might be an Olympic selection trial. National divisions would also be held, but no exact plan is on the table yet.

Before the fundraising began, EEI answered this question from fans, “`If we started an effort, what would it take?’

“We gave them the numbers and timeline, we’re supporting it, but we’re letting our fans drive that,” Lee said.

“We appreciate their support and (will) see what happens. I want to be encouraging to those who have graciously chosen to take this endeavor on in our behalf.”

“It means a great deal, and we want to support that.”

At the same time, EEI is also looking ahead to its return to a 5-star with spectators next year.