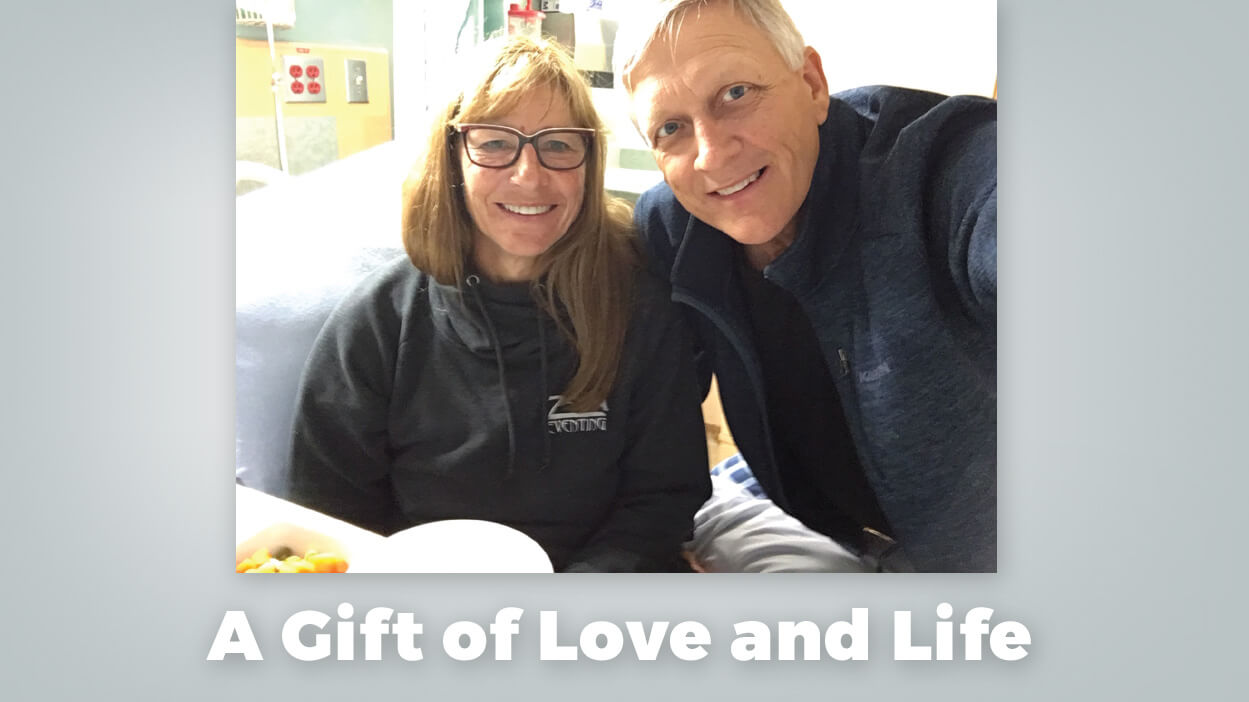 When eventer Kathleen Weare met Randy Anderson in 2016, she could have never imagined that just two years later she would be donating a kidney to him. But true life is often stranger than fiction and now Randy, who was suffering from hereditary polycystic kidney disease, is hale and hearty and Kathleen is back in the saddle.

“We met three years ago and started dating and our inside joke is that on the very first date he stole my DNA because he was actually looking for a donor! Of course, at the time he didn’t even know his blood type, let alone that he was going to need a transplant,” said Kathleen, laughing.

As well as having to be compatible blood types, the donor must undergo a huge mount of testing to make sure that they are healthy enough, because the surgery is actually harder on them than the recipient. “Typically it takes anywhere from eight months to a year to get the testing done; I got mine done within six months, partly because I’m an A-type personality, plus we were under a bit of a timeline because ideally you want to get the transplant done before the recipient has to be on dialysis,” she explained.

Once accepted as a donor, the transplant team picked a surgery date in August of 2018. Kathleen, the consummate horsewoman, was especially happy because “I really wanted to run the two-star at Rebecca Farms! It was my horse’s first two-star and I just really wanted to do it. Then we’d have four to five weeks to get organized.” But once again, life threw them a curveball. “A week before before Rebecca, they called and said they had to change the surgery day because the doctors were on holidays or some such thing. Our choices were July 25 – the Wednesday after Rebecca – or sometime way into September. So literally, we got home on the Sunday night and the Tuesday afternoon we were being admitted into the hospital for surgery Wednesday morning. We both went home on the Sunday.”

Randy is doing well with his new kidney (interesting to note that the cystic ones were not removed, but rather left in, as it is less invasive and the recovery is quicker).

The pair live in Okotoks, where Kathleen is a real estate agent and Randy works for Canadian Energy. While he does not currently ride – part of his youth was spent on his grandparents’ farm in southern Alberta where they raised working cattle horses, so he rode as a youngster – he can be found tearing around the events on his mountain bike. This year at Rebecca Farms Kathleen again rode Sadenno (Johnny), her Canadian Sport Horse/Canadian Warmblood gelding, and on the occasion of the couple’s one-year ‘kidney anniversary’ Randy posted a heartfelt Facebook tribute to hers and others’ selfless decisions to become donors.

“I wouldn’t hesitate to do it again,” said Kathleen. “When I said to Randy, ‘Well, why don’t I be a donor?’ he said ‘Why would you want to do that?’ and I said ‘Why wouldn’t I?!’” Her type-A personality certainly helped get things expedited very quickly. “There were so many things we wanted to do in the future and being on dialysis is really restricting and really hard and you’re not well. On average, people are on dialysis seven or eight years before they get a transplant. We’ve got stuff to do, man.”